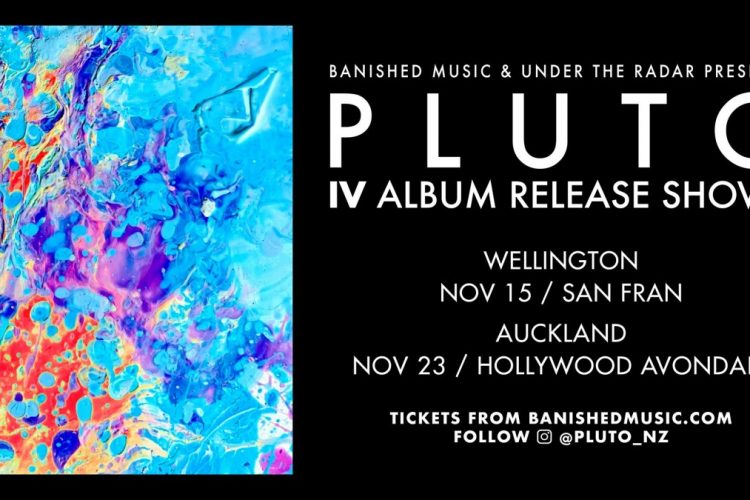 Pluto are back and will be playing at Hollywood Cinema in Avondale on November 23, with yours truly checking you in and selling tickets on the night.

It’s been quietly stewing away from early rumours when they got NZOA funding to the first single, and an announcement that not only were they recording together but that there is also a full new album in the pipeline (under the ocean) – great news all up! This will actually be the album release gig so by then we’ll have more new music!

Even better, Ha The Unclear are supporting! I was going to post a link to their music, but it seems they’ve deleted everything everywhere which may have something to do with their recent signing to a french record label.