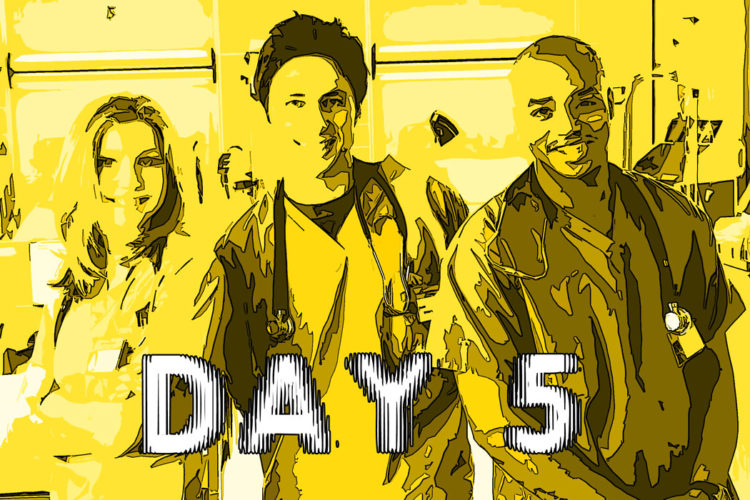 When I hear raging parties in the neighbourhood at 3am in the morning, and afternoon garden discos with more adults than could possibly live in one house in my suburb, I do get frustrated. The imitated wolf howling by some of those neighbours walking home in the early morning hours, I find extremely discouraging and a bit of a slap in the face for all of us who try to make sure the weaker people among us will be fine – easy to do by staying home. Not hard.

I know that when you’re a teen you feel like you’re absolutely invincible, at the peak of your health probably, and something like Covid-19 will surely pass you by entirely, you think. I can’t talk, I snuck away on tour with bands when I wasn’t quite 15 years old, and walked around in the dodge back alleys of Berlin for some dirty punk shows in some building so wobbly, I’d be so scared of the floor collapsing that I’d stick as close to the walls as I could.

But now I just think, fuck, what if Opi gets it. She gets everything, fuggit, I, meeee, I get everything, too! I had all the rubbish exotic flus over the last few years, and can’t even count anymore how often those turned into pneumonia.

So yeah, but bitter about those party people.

On a personal level, Wade and I are doing great as a couple thus far. We’re having sweet conversations, and talk through old issues with the people in our world, and it’s all quite healing in regards to my own childhood to have a feeling of being loved and cared for.

We’re still mostly looking after our own food because Wade decided to get cans and so forth, whereas I have thing to cook proper meals, and spent much much more money, so if there’s some of my food left, I’ll share, but otherwise I feel he earns much more than me and if he doesn’t want to buy more food, that’s his choice. I couldn’t do soup for breakfast, nope!

Super happy to see that work got the awesome subsidy for the business from the government. We’re all still working but it’s hard to get hold of anyone and we’ve already decided against a May issue for the sake of an August issue, hoping things will have blown over by then. Other than that, hopefully we can at least amuse people somewhat with stories.

It turns out it wasn’t the next door neighbour who screamed last night – we asked him. He apologised, and told us mostly he was muttering about shitty TV shows that are dumb, repetitive and overall hard to deal with – fair enough!

Met the neighbour in the house on the other side while walking around with the cat, and he’s a doctor or nurse, wearing scrubs, going to work. I told him he’s awesome, and to take care.

As we were lounging about on the warm concrete of the driveway, Wade, cat and myself, a neighbour just played a version of this song below, which wasn’t the one that charted over here, so now I think said neighbour may be german. only germans play synthy schlager music.

The real problem is that I can’t hear this song without melting into a pile of snot and tears because my grandpa would sing this song every single day, while peeling potatoes, cleaning the house, painting… He’s been dead for ~22 years now and sometimes it’s like those years didn’t happen and it still hurts as much as it did then.